YAFTA LICENSING
The Yorkshire Academy of Film and Television Acting (YAFTA) LTD specialises in teaching acting and professional industry skills to aspiring actors. Their students undertake a unique programme of study which prepares them for the film and television industry by teaching not only in depth acting skills but also the industry skills required to succeed as a professional actor.

Students follow a competency based structured syllabus which was designed by graduates from the worlds top drama schools including; RADA, LAMDA, Royal Central School of Speech & Drama and LIPA, as well as occupational and business psychologists who specialise in assessment and selection.

Here is the exciting part
YAFTA are now able to offer you the opportunity to run the YAFTA programme within your current school or academy, thereby giving students the chance to work towards a reputable and structured syllabus which is designed specifically to train students for a career in the film and TV industry.

All assessments will be conducted by a YAFTA Accredited Assessors at a regional assessment centre and if you wish, can serve as an opportunity for students to audition for YAFTA Talent Agency which is a PMA accredited agency.

WHY LICENSE?
Many people are now interested in learning to act for screen specifically, therefore, offering a robust syllabus from an organisation which specialises in this area of the acting industry will attract more people to join your organisation.

YAFTA receives requests for classes from all over the world which you can benefit from in your specified location. As a licensee, your school will be listed on the YAFTA website as a syllabus provider, you will therefore benefit from customer leads directly from our website.

The opportunity to offer a unique and proven syllabus specifically designed to train screen actors.

The opportunity for your students to potentially be represented by YAFTA Talent Agency (PMA).

A syllabus and brand which has credibility in the acting industry.

The likelihood to increase footfall and demand for your classes.

A structured plan of development at your organisation whereby parents and students can monitor progression and be rewarded for success and achievements.

The opportunity for students to develop the much needed industry skills and a number of transferable skills.

The chance to offer a credible and sought after brand within your organisation.

LICENSING THE DIPLOMA SYLLABUS
In order to ensure that the YAFTA syllabus is taught to the level and standard that YAFTA has become known for, we have specific teacher requirements for each license package. As a general rule, teachers who teach the YAFTA syllabus must hold recognised qualifications in acting, have screen acting experience and be DBS cleared if working with children.

Full details on the costs and earning potential of offering the diploma course will be disclosed to those who meet the criteria for licensing this product.

Teacher must have recognised qualification in acting. The minimum level of training that could be accepted is a diploma course, BTEC or GNVQ. Ideally teachers will hold a Degree in acting, Masters Degree in acting or drama school training.

Teacher must have screen acting experience.

Teacher must have experience of teaching children and creating fun and engaging activities for the students to learn from.

Teacher must be drama school trained.

Amateur productions do not count as professional acting experience.

Teacher must have teaching experience, especially experience of teaching adults.

School must have the ability to offer multiple drama school trained tutors to teach this course. This programme is taught in a modular fashion and the success of the programme relies on the diversity that different tutors bring.

School must have contacts within the industry to run industry masterclasses which compliment this course.

Masterclasses run by directors, agents and casting directors must be offered as part of this programme. All industry professionals should be working on or have worked on mainstream film and television productions with recognisable credits.

School must be able to provide a mentor to each student on this programme who can advise on career progression. This mentor must have relevant and current industry experience.bove.

If you are interested in licensing any of the YAFTA Syllabus packages, please complete the following form. 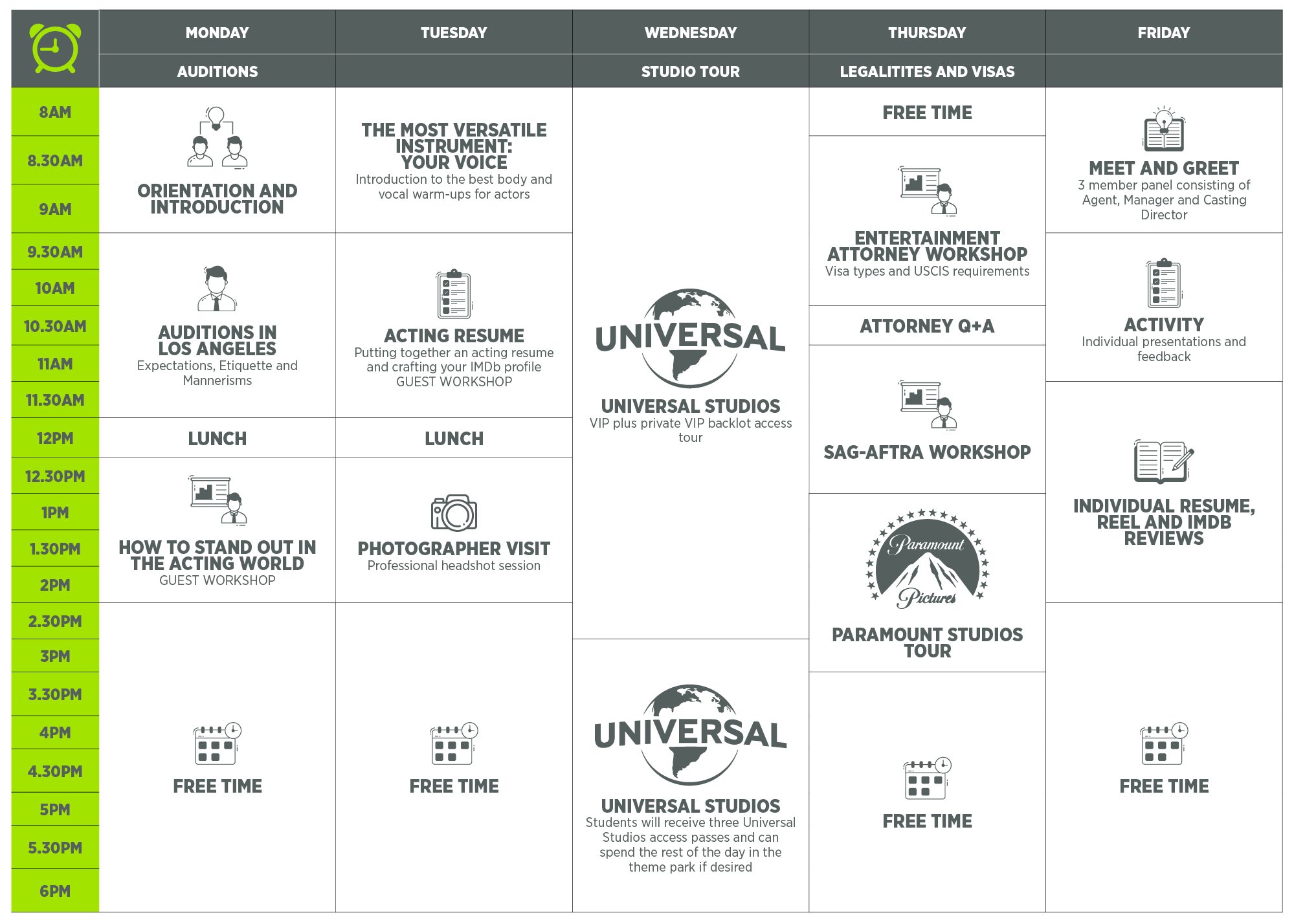